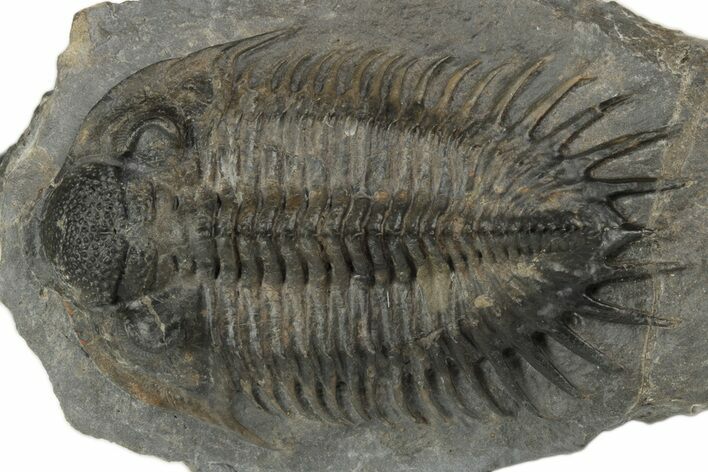 This is a large, 3.9" long, spiny Delocare (Saharops) bensaidi trilobite quarried at Bou Lachrhal, Morocco. The preservation and preparation on this specimen is quite nice. Superb eye facet preservation in both eyes, and it is one of the larger examples of the species that I have seen.