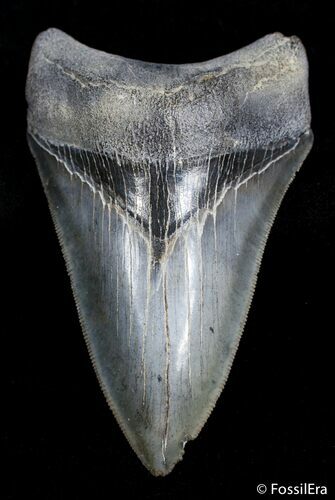 This is a dagger shaped and high quality meg tooth from the Hawthorn Formation of SC. It is in great shape with wonderful serrations, and beautiful enamel preservation. Megalodon teeth are rare in this state of preservation. It has great serrations, a sharp tip, the bourlette is almost complete and it has beautiful glossy enamel. These fossils come with an acrylic display stand.