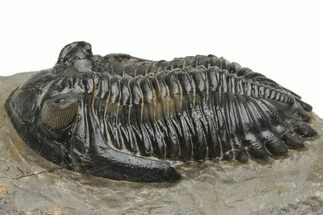 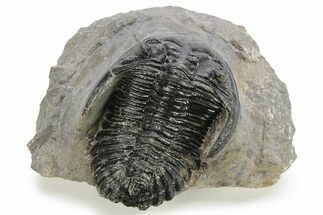 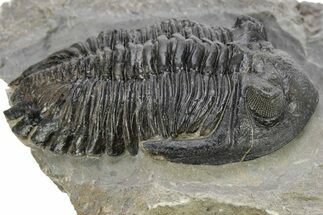 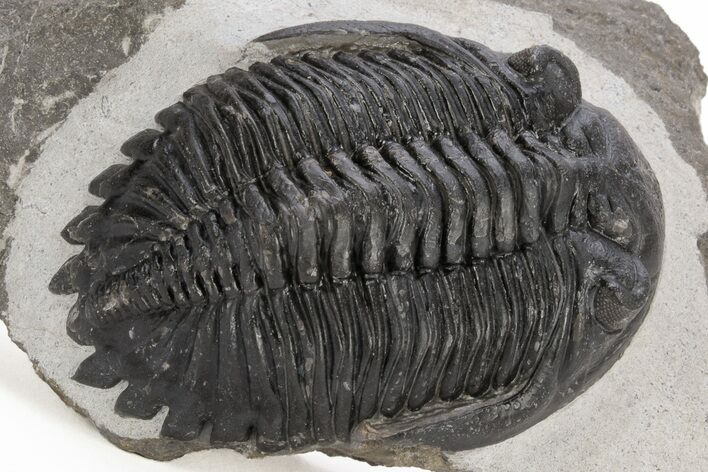 This is a large, 3" long Hollardops mesocristata trilobite fossil quarried near Ofaten, Morocco. There is about 3-4% shell restoration in total, mainly around the left genal spine.