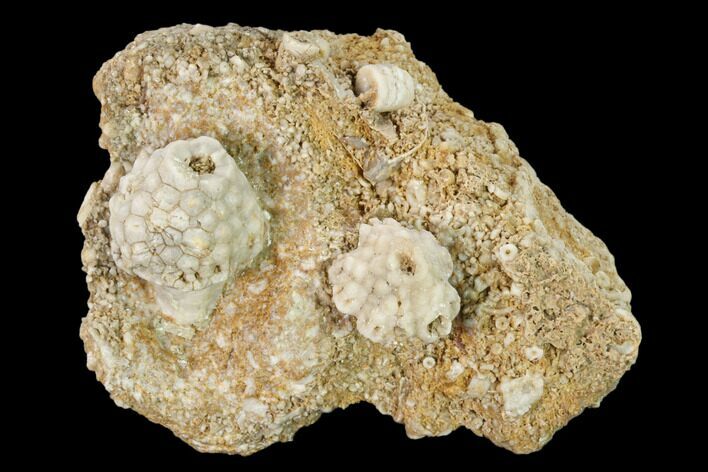 This is a 3" wide piece of limestone full of crinoid fossils from the Burlington Formation of Missouri. There are crinoid calyxes of Uperocrinus pyriformis and Uperocrinus aequalis on the limestone.