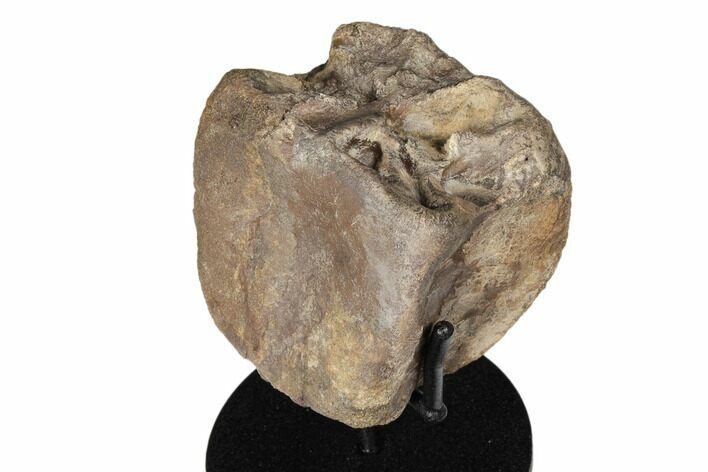 This is a nicely preserved, 3" tall Hadrosaur vertebra that was collected from the Judith River Formation of Montana. The centrum was found broken within the rock, requiring crack repair and some gap fill restoration to piece back together. A large section of the edge of this vertebra has undergone significant restoration. The processes of this vertebra have weathered away.