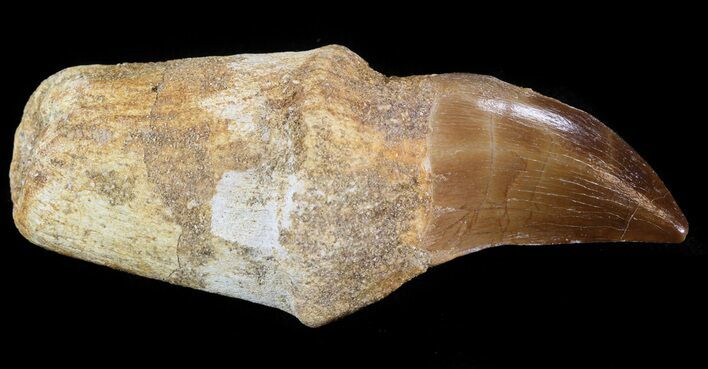 Real rooted Mosasaur teeth are not common finds, and nearly all of the "rooted" teeth you see for sale have fake roots. This tooth is a 3" in length with the crown being about 1.3" long. There is one repaired in tooth. 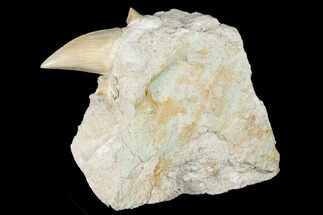 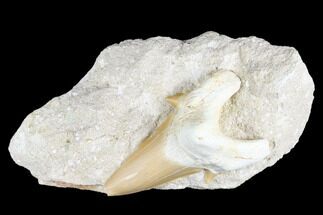