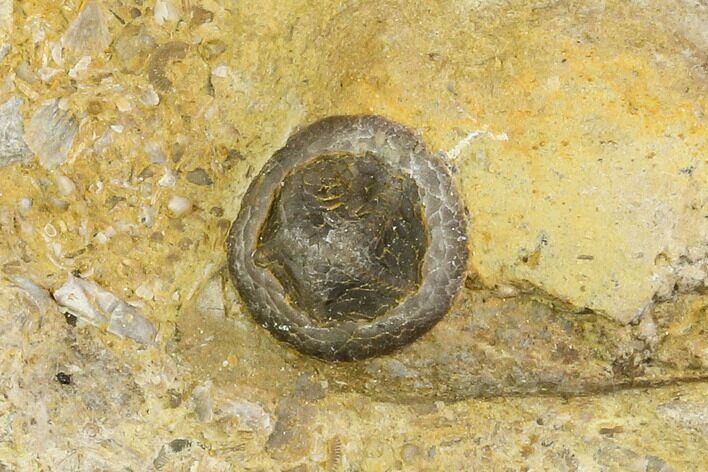 This is a .30" Edrioasteroid from the Veralum Formation, Ontario, Canada. It is still in the rock in which it was fossilized. Other fossils can be seen including crinoid stem sections, other and brachiopod shells.