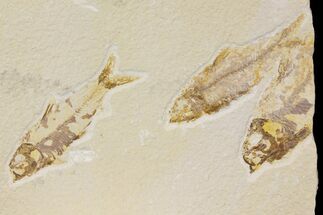 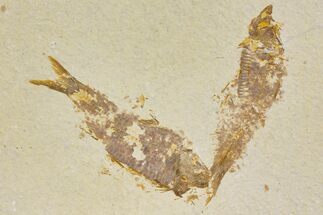 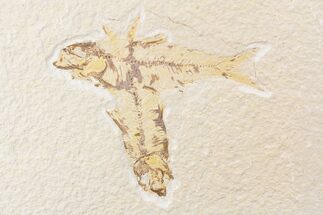 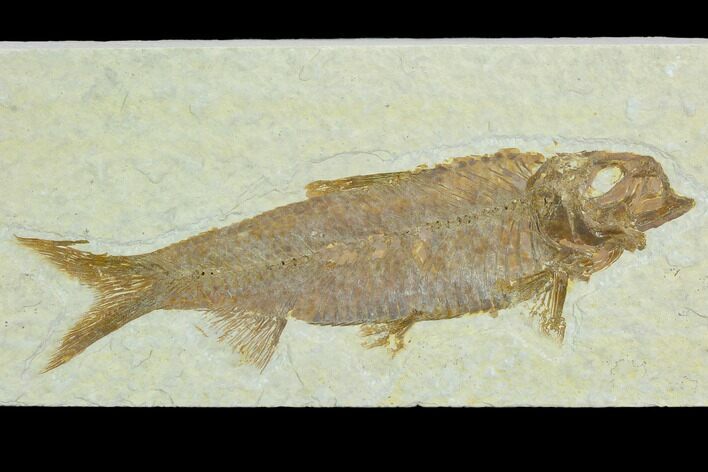 This is a beautifully preserved, 4.0", fossil fish (Knightia) from the Green River Formation near Kemmerer, Wyoming. It shows fin rays, scales and bones. Under magnification the detail of this very nice specimen stand out. 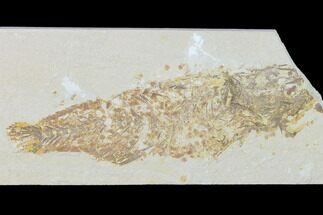