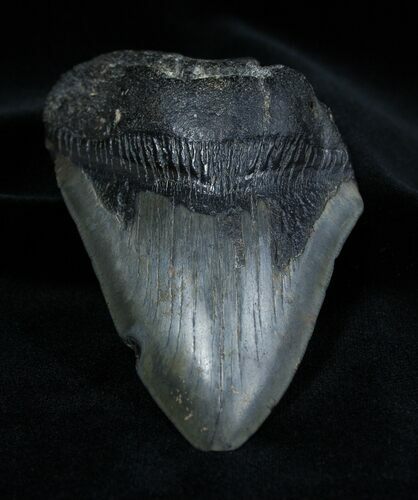 This is a bargain 4+ inch tooth of the prehistoric Megalodon shark. The serrations are worn and it's missing a corner out of the root.