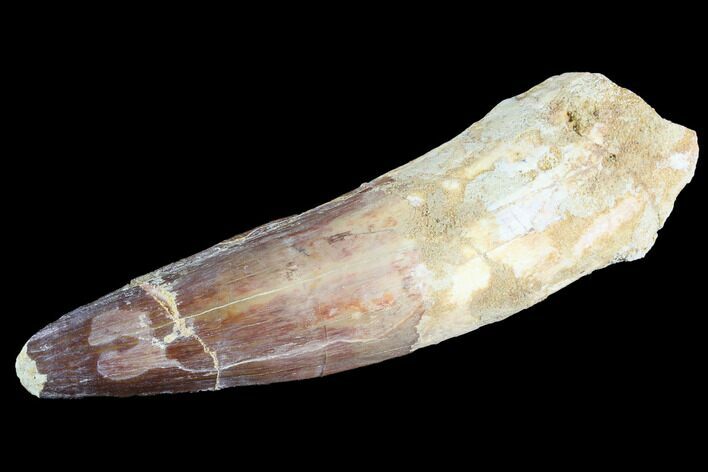 This is a huge Spino tooth. Most of the enamel is in good shape and there is some feeding wear to the tip. There are several repaired cracks but almost no gap filling.