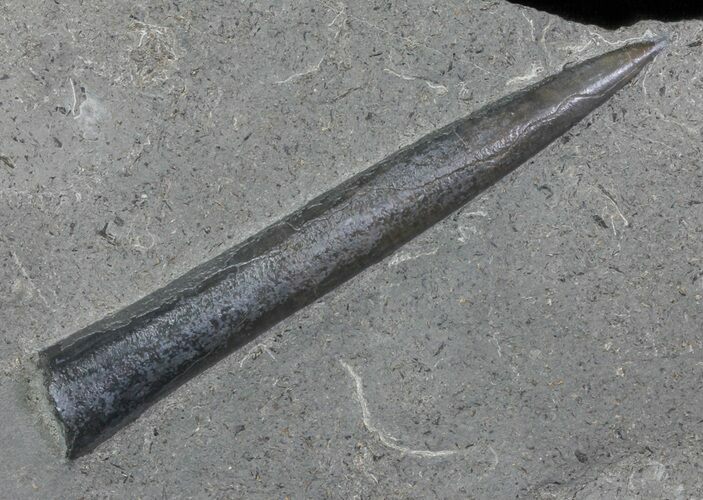 A complete belemnite showing soft parts preserved in a German museum. Photo by Ghedoghedo
is a fossil belemnite (Youngibelus gigas) from the Posidonia Shale in Germany. It's been left partially embedded in the rock it was found in. There is also clam still in the rock, beneath the belemnite.