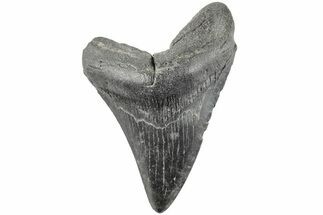 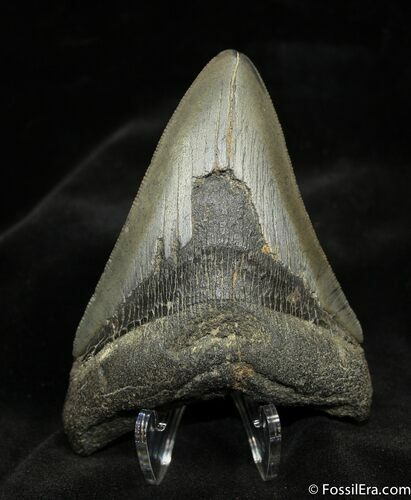 Here is a nicely serrated 4.14 inch long tooth from the prehistoric, mega-shark the Megalodon. It is approximately 4-7 million years old and displays well on the included acrylic stand. 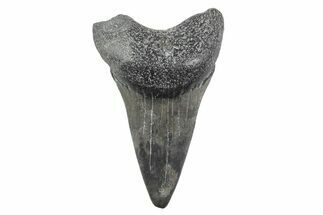 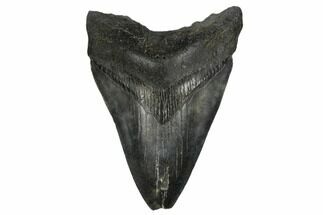