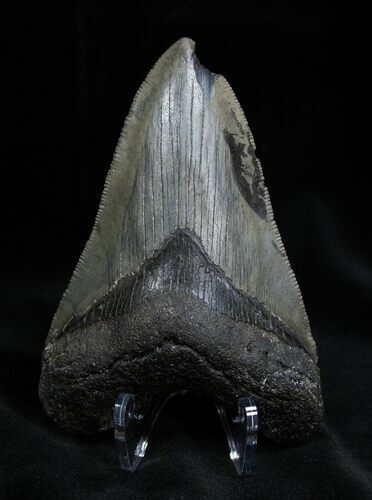 This is a beautiful and highly serrated Georgia Megalodon tooth with just some natural feeding damage to the tip. It has great coloration, a nice blade, root and bourrelette. You can run your fingers along the edge of the blade and feel how the serrations are still sharp. Really a great tooth with displays well on the included acrylic display stand.