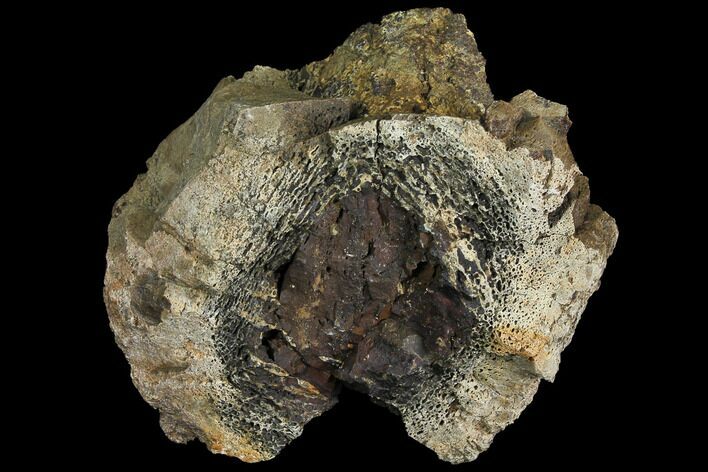 This is a 4.2" section of bone of a Triceratops horridus, from The Hell Creek formation, Montana. This is a section of long bone, the femur or the humerus. This is indicated by the thickness of the compact (cortical) bone. The heavy nature of this bone was necessary to support the mass of the animal. This section is from the middle of the bone, probably from a juvenile. 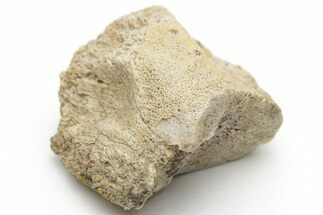 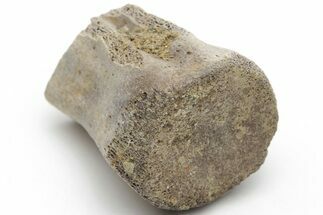