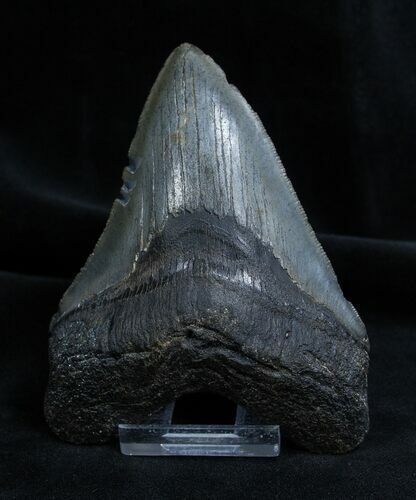 Here is a nice 4 1/4 inch long tooth from the prehistoric, mega-shark the Megalodon. It was collected in Georgia after it weathered out of the Hawthorn Formation, making it around 4-7 million years old. Most of the serrations are still visible and the dark coloration displays nicely.