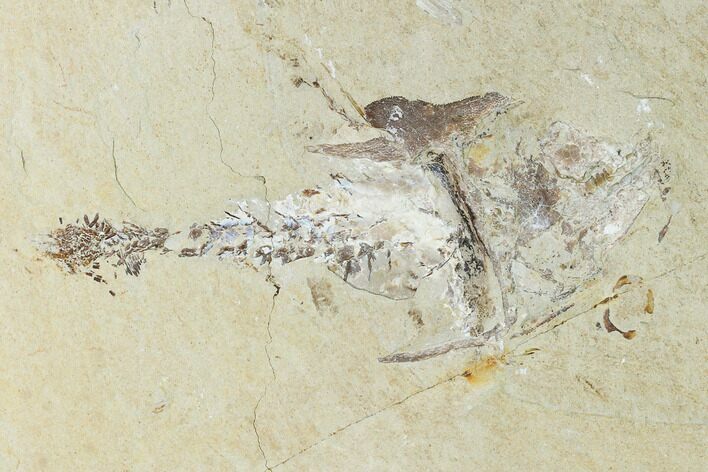 This is an 4.3" long Cretaceous crusher fish (Coccodus insignis) from Hjoula, Lebanon. It has small moliform teeth in it's mouth which would have allowed it to easily crush the shells of small mollusks and crustaceans that it found while searching the mud. Some of these moliform teeth can easily be seen in this specimen.

There is one repaired crack running through the limestone. Comes with an acrylic display stand.

A photo of one of the quarries at Hjoula, Lebanon
FOR SALE
$195
DETAILS
SPECIES
Coccodus insignis
AGE
Upper Cretaceous (~100 Million Years) 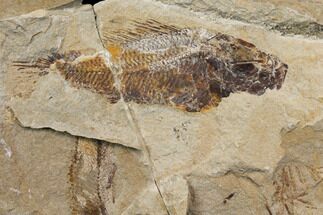 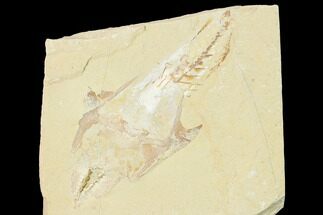 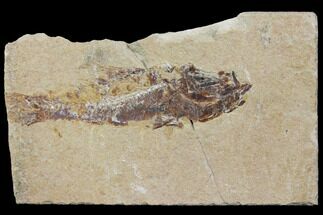 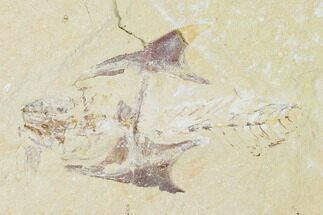 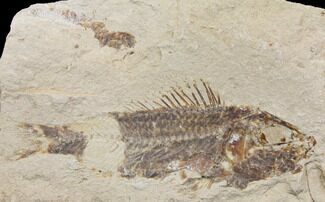