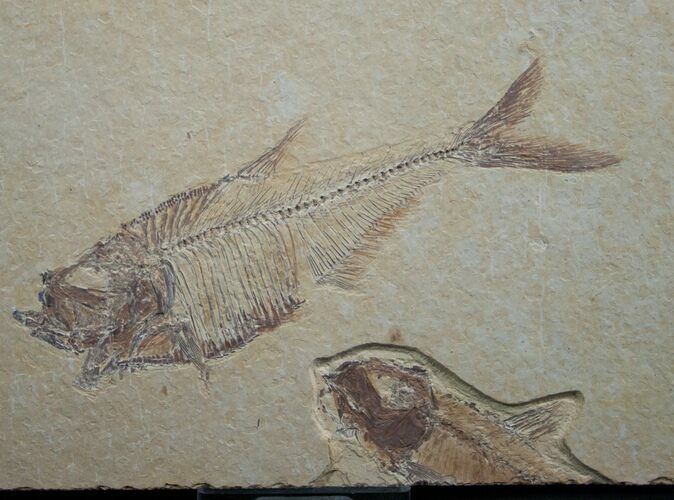 This is nicely preserved fossil fish of the species Diplomystus dentatus from the famous Green River Formation of Wyoming. It's Eocene in age, approximately 45-50 million years old and is nicely preserved on a natural slab of matrix. There is also a partial specimen of a second species of fish Knightia eocaena on the edge of the plate.

This fossil comes with an acrylic display stand to help show it off.