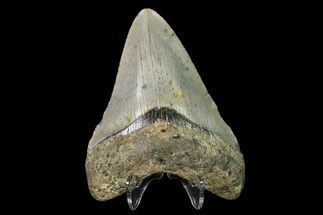 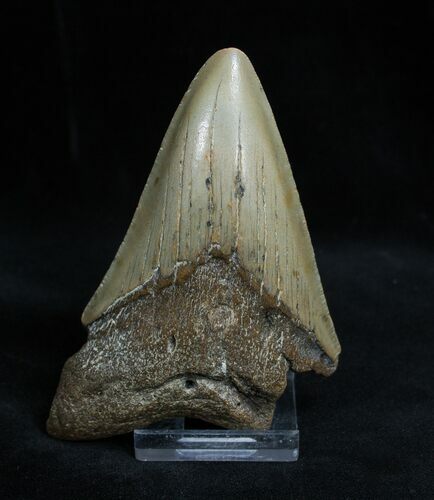 This is a bargain example of a real tooth from the prehistoric, mega-shark the Megalodon. It was found in South Carolina after it weathered out of the Hawthorn Formation making it around 4-7 million years old. It comes with an acrylic display stand. 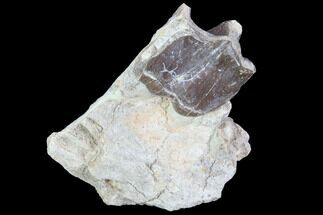