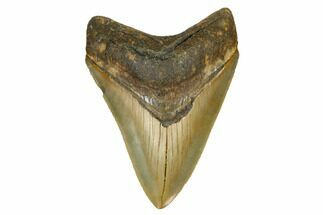 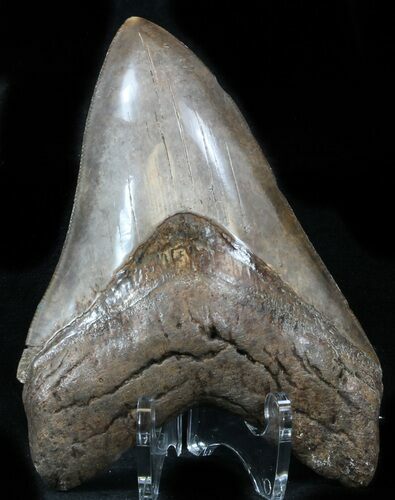 This is a glossy, coffee-colored, 4.30" long, Megalodon tooth collected from the St. Mary's River in Georgia. This tooth would have come from an small Megalodon Shark in the 35+ foot size range. The enamel on this tooth has been lightly buffed, hence the shine to it.