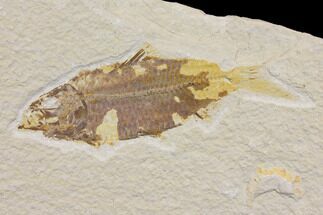 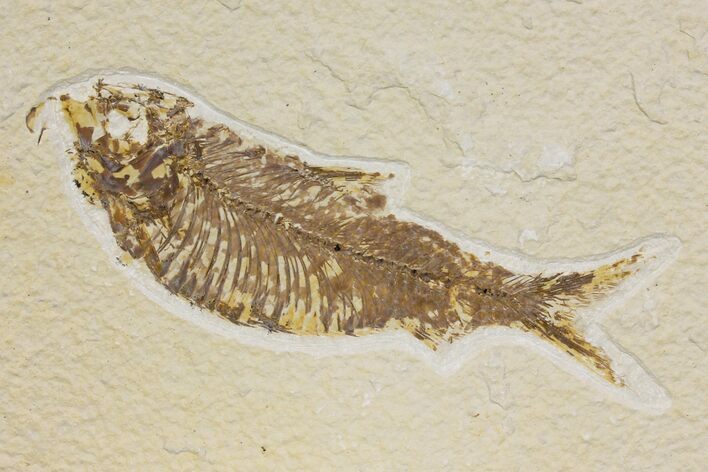 This detailed 4.4" long Knightia alta comes from the Eocene aged Green River Formation of Wyoming. It is very nicely detailed and prepared with bone structure and fins visible. 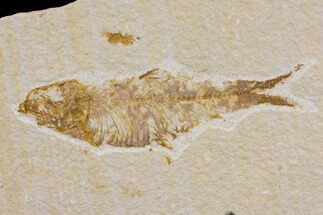 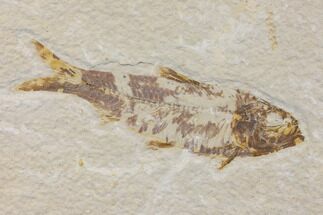 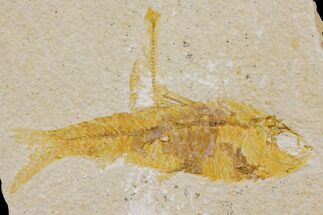