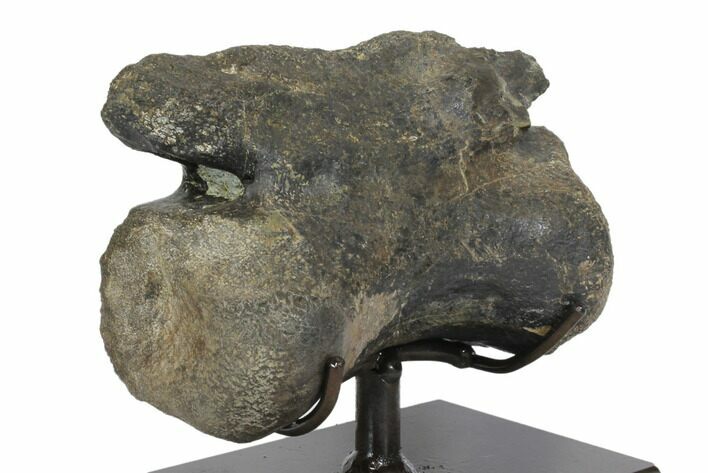 This is a really cool, 4.4" wide Tyrannosaur (Daspletosaurus sp.?) vertebra from the Two Medicine Formation of Montana. It was collected this last spring and has been nicely prepared from the hard rock surrounding it. There is a repaired crack through the process and another through the body of the vertebra which required some minor gap fill restoration. The most significant gap fill restoration is along bottom (anterior end) of the vertebra centrum. The rock it was found in has been left within the vertebral foramen to ensure structural integrity of the vertebral arch.