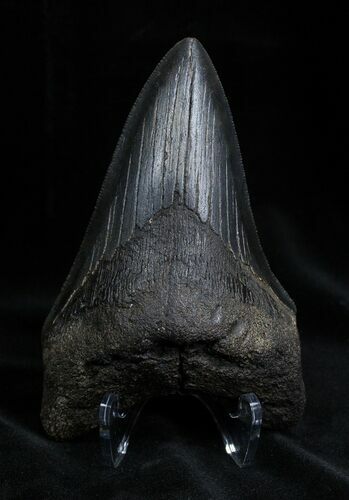 Here is a nice dark colored Megalodon tooth from Georgia. It has good enamel and is well serrated along the edges. Really a beautiful tooth. These fossils come with an acrylic stand for display.