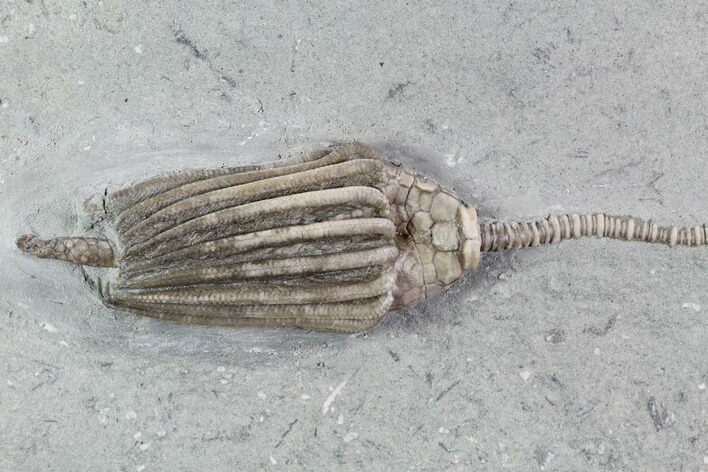 This is a detailed Macrocrinus mundulus crinoid from the famous Witherspoon crinoid quarry near Crawfordsville, Indiana. The quality of preparation on this fossil is exquisite - using skillful air-abrasion techniques under a stereo microscope. The crinoid has been remounted on the rock during preparation The crown is 1.9" long and it's 4.5" long including the stem. There is also a partial gastropod fossil near the stem. 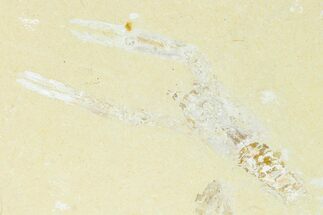 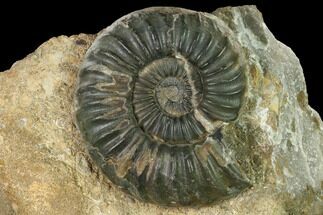