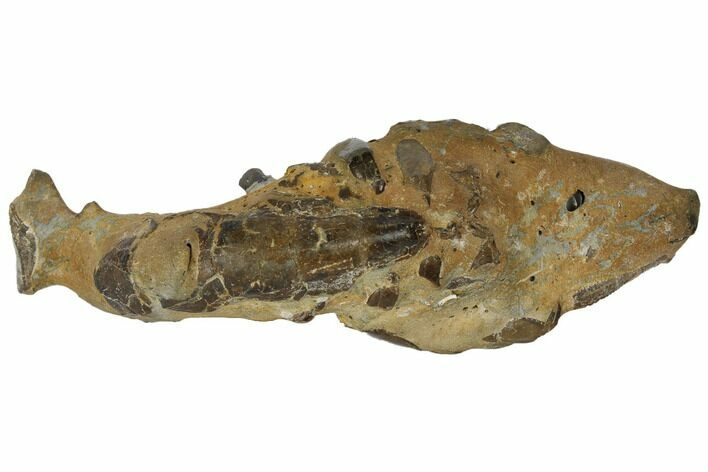 This is a 4.5" long, fossil mud/mangrove lobster (Thalassina anomala) collected from Gunn Point in Australia. The tail scales, legs and the edge of the right claw are visible. The carapace is still contained within the stone. The material beyond the tail appears to be disarticulated fragments.