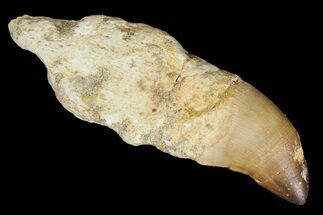 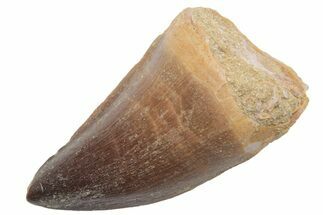 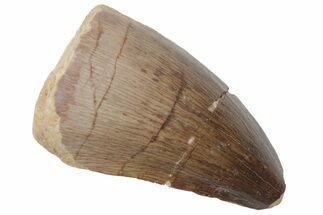 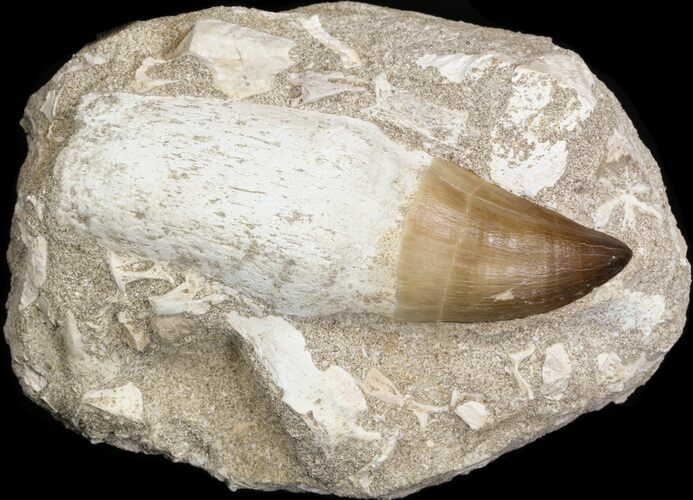 This is a large, rooted tooth of the Mosasaur, Prognathodon from the Upper Cretaceous phosphate deposits in the Oulad Abdoun Basin of Morocco. Real rooted Mosasaur teeth are not common finds, and nearly all of the "rooted" teeth you see for sale have fake roots. This tooth is a 4.5" in length with the crown being about 1.9" long. 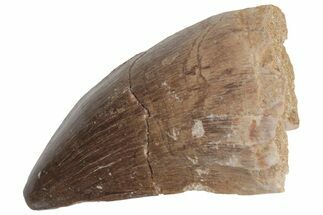