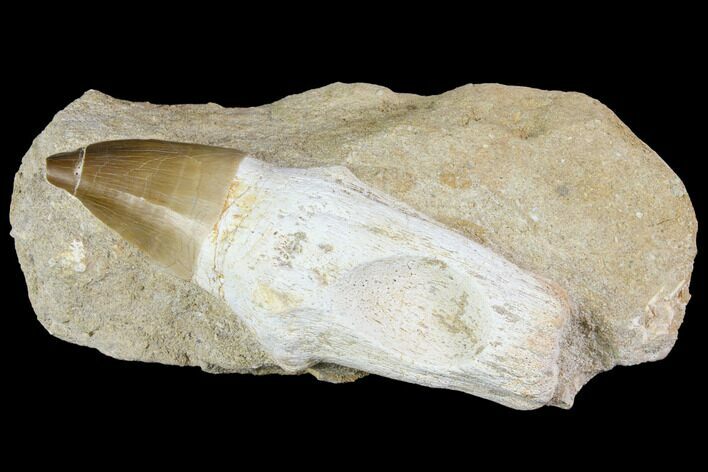 This is a 4.5" long, rooted tooth of a large Mosasaur (Prognathodon sp) from the Upper Cretaceous phosphate deposits in the Oulad Abdoun Basin of Morocco. The root is natural and not a composite like the majority of "rooted" mosasaur teeth you see. In fact there is no repair or restoration on this piece. 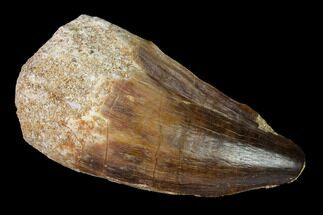 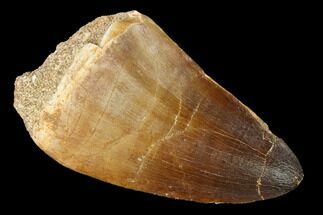