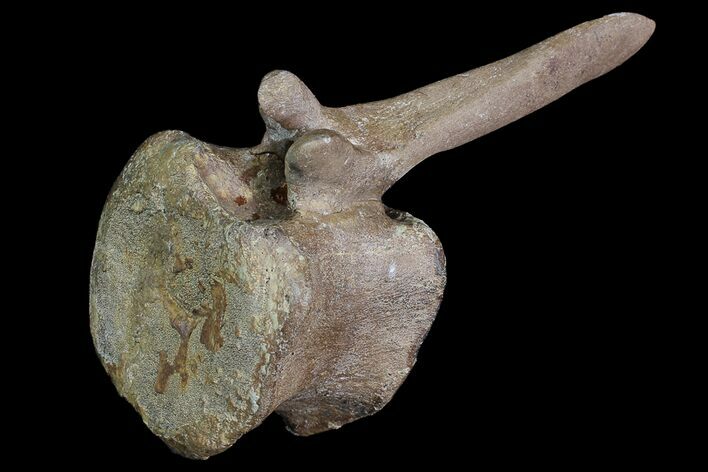 This is a 4.5" long (including restored process) vertebrae of Edmontosaurus annectens, a type of Hadrosaur more commonly referred to as a "duck-billed dinosaur" . The vertebrae was collected from the Hell Creek Formation in Harding County, South Dakota. Most of the process has been restored, hence the bargain price. The centrum is in really nice shape though with almost no erosion.