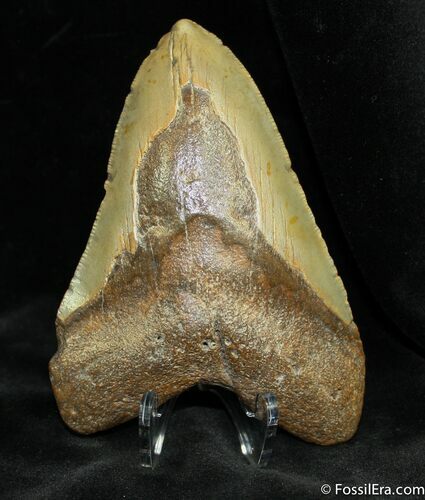 Here is a wide bladed 4.55 inch long Megalodon tooth from South Carolina. This is a large an impressive tooth with some serrations still visible along the edges. It displays well on the included acrylic display stand. 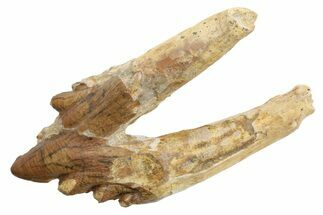