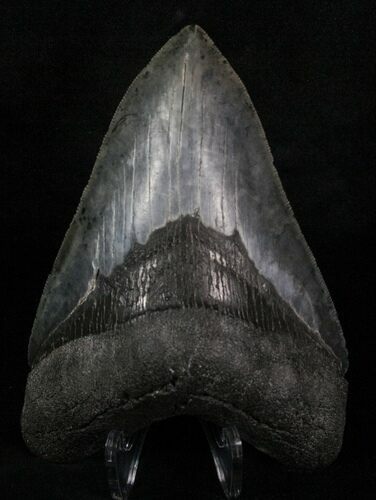 This is a nice 4.65" long Megalodon tooth from Venice, Florida. Large teeth from this area are quite rare. This one has beautiful enamel and most of the serrations are present. It comes with the pictured display stand.