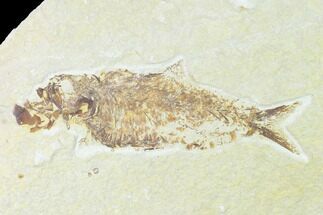 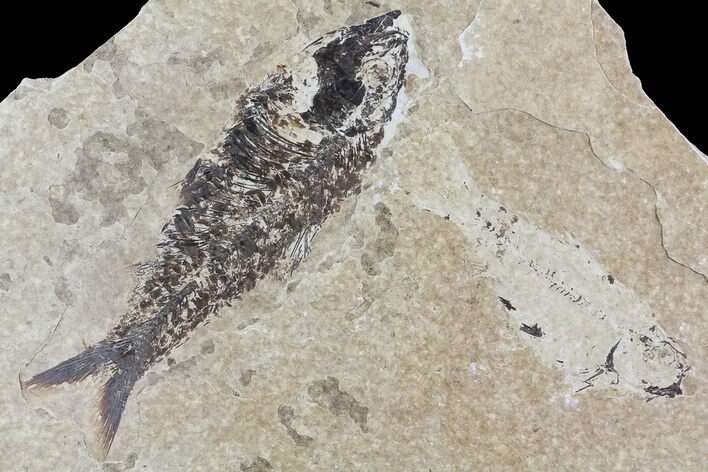 This is a nice example of a 50 million year old fossil herring, Knightia eocaena. It was collected at Warfield's Quarry near Kemmerer, Wyoming, in the Green River Formation. It's nicely preserved with great detail including fins, scales and backbone. The 4.7 inch long fish is preserved on a 5.8x8.1 inch slab of shale. There is a second, poorly preserved fossil knightia laying perpendicular to the largest fish. 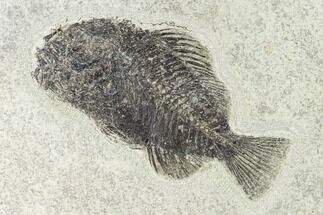