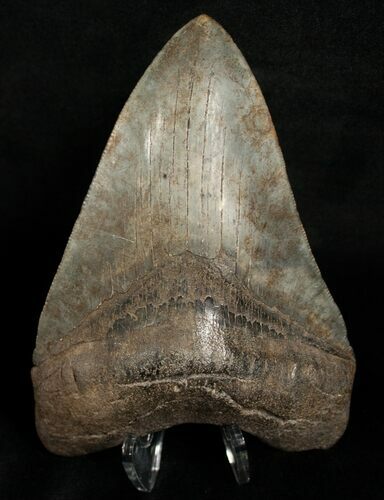 This is a nice 4.77" Megalodon tooth which is a river find from Georgia. The blade is in good condition with no major enamel peels, most of the serrations are visible and the root is good. It comes with the pictured stand.