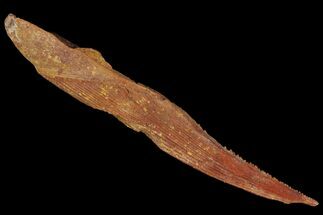 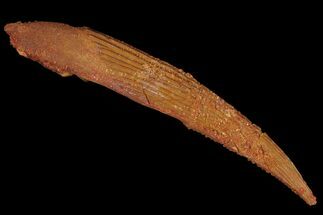 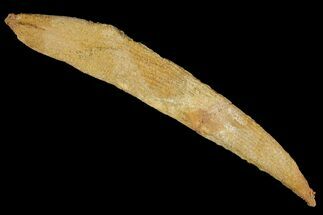 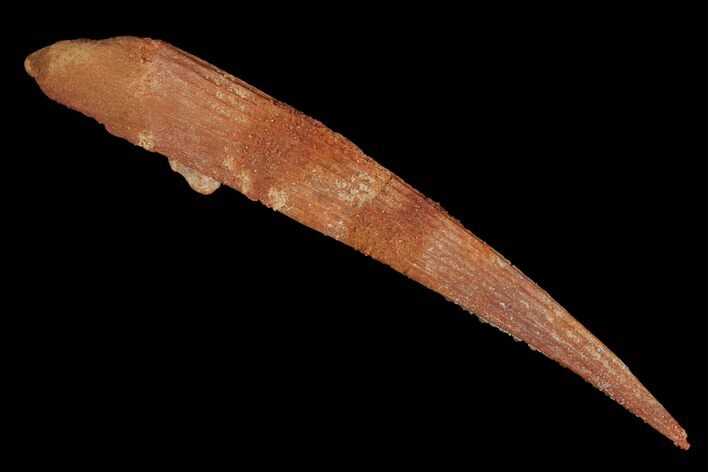 This is an 4.8" fossil, dorsal spine of a shark (Hybodus) from the Kem Kem Basin, Taouz, Morocco. This specimen shows good detail including serrations on the posterior edge of the spine. It has two repaired cracks with gap fills. 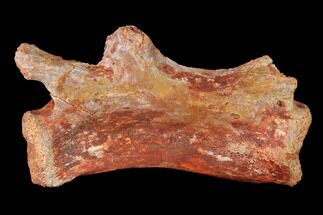 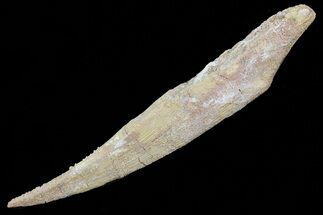