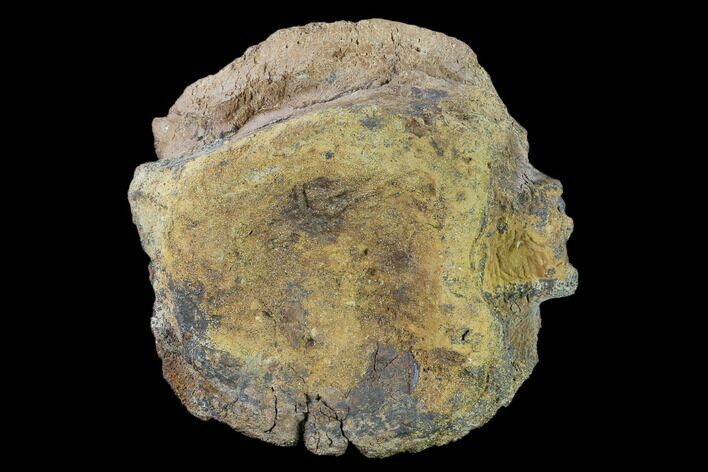 This is a caudal vertebra of a hadrosaur (Edmontosaurus annectens) from the Hell Creek Formation of Harding County, South Dakota. Other than a stabilized crack along one edge, there is no repair or restoration to this vertebra. There is weathering to each face of the centrum, as well as along the edges.