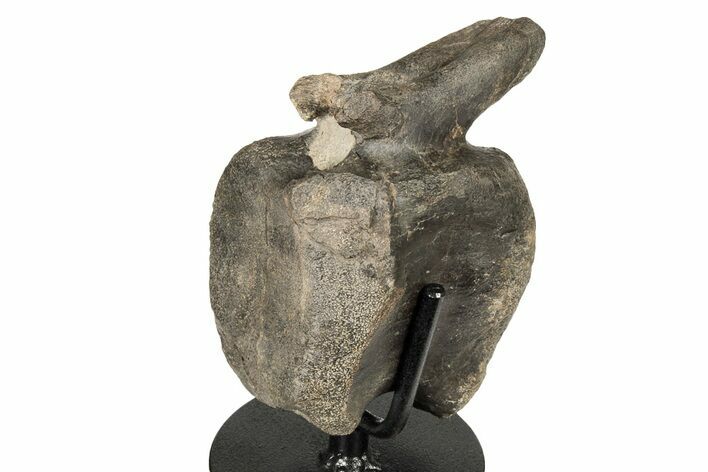 This is a nicely preserved, 4.8" tall Hadrosaur (Hypacrosaurus sp.) caudal vertebra from the Two Medicine Formation of Montana. It was collected this last summer and has been nicely prepared from the hard rock surrounding it.

The cortical bone has weathered away from the edges of the centrum all around this vertebra. There is repair and restoration through the pedicles of the neural canal. This restoration continues through the centrum which was found in multiple pieces within the rock. The prezygapophyses are present, though each required some repair and/or gap fill restoration to piece back together. 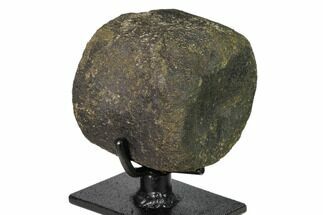 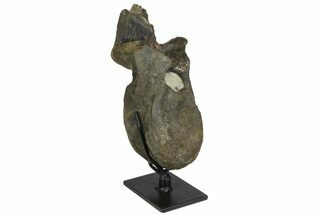