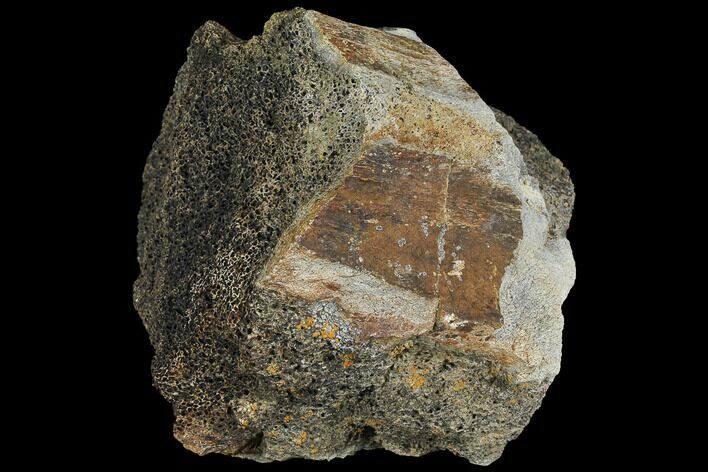 This is a 4.8" section of bone of a Triceratops horridus, from The Hell Creek formation, Montana. This is a section of long bone, the femur or the humerus. This is indicated by the vast marrow structure. Much of the compact (cortical) bone is missing but where it is present, it shows the heavy nature of the bone. This was necessary to support the animals mass. This specimen is likely from near the end of the bone and spent some time exposed as indicated by lichen growth. 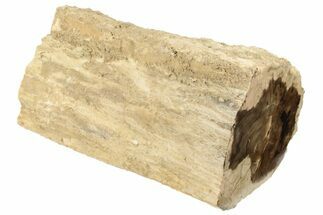