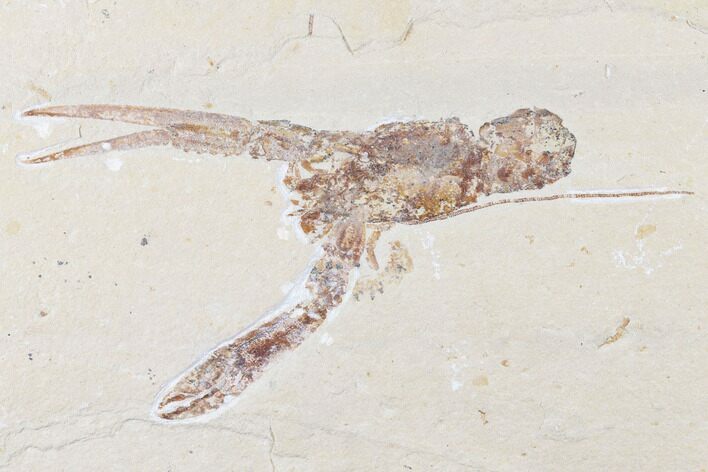 This is a 4.9" long fossil lobster (Pseudostacus hakeliensis) that was collected from the Upper Cretaceous marine deposits near Hakel, Lebanon. The preservation is beautiful and the specimen has not been repaired or restored. Comes with an acrylic display stand.