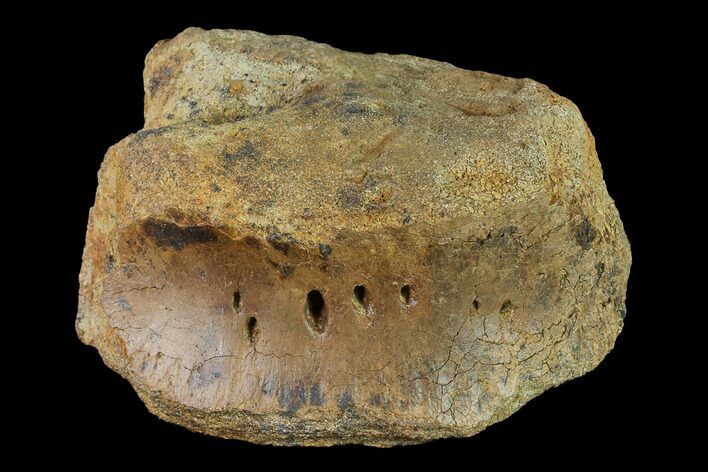 This is a dorsal vertebra of a hadrosaur (Edmontosaurus) from the Hell Creek Formation of Harding County, South Dakota. Everything superior to the base of the pedicles has weathered away and wasn't recoverable. The edges of the centrum are weathered, revealing the mineral replaced osteons and bone matrix within.