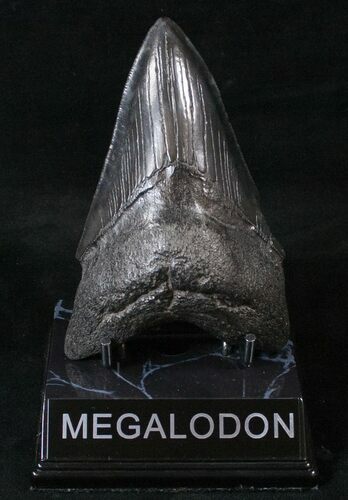 This is dagger-shaped, 4.91" long lower Megalodon tooth collected in South Carolina. It has beautiful, dark black enamel and robust root. This tooth would have come from the lower jaw of an adult Megalodon shark, probably in the 35-40 foot size range. A true whale-eating monster of the Miocene seas. Comes with the pictured display stand.