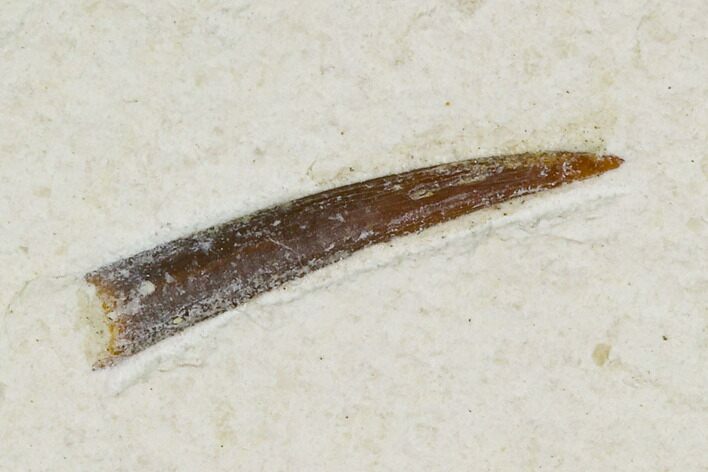 This is a .4" fossil Pterosaur (Rhamphorhynchus?) tooth from the Solnhofen Limestone of Germany. Comes with and acrylic stand.