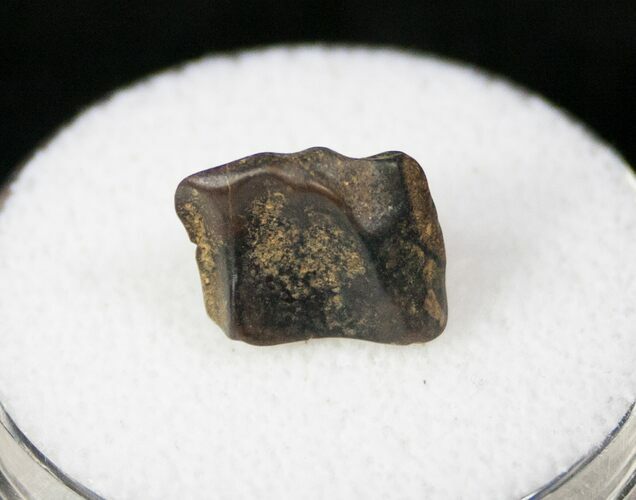 Here's a real tooth from one of the most iconic dinosaurs, Triceratops. It was collected in the 66 million year old, Hell Creek Formation in Carter County, Montana. Triceratops had a massive battery of teeth in their mouth for chewing the rough vegetation that made up their diet. As these teeth became worn or the dinosaur grew they shed their teeth. This is one of the shed teeth.