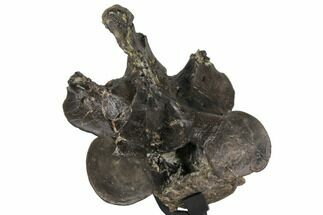 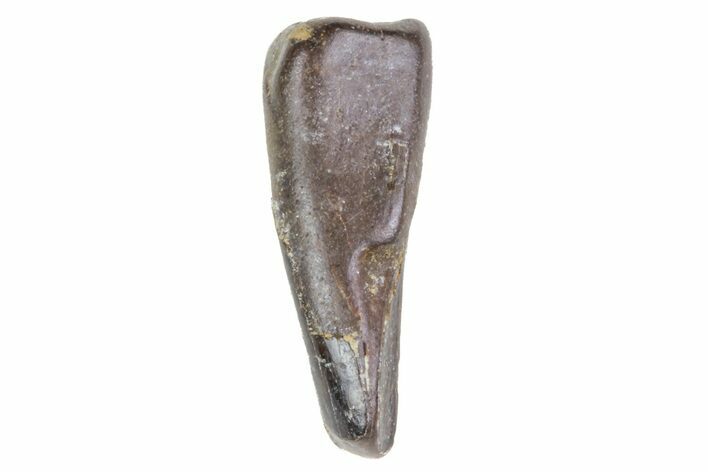 This is a very interesting Tyrannosaurid tooth from the Two Medicine Formation (Judith River Group) of Montana. This Formation is about 5 million years older than the Hell Creek Formation where T-Rex comes from.

These oddly shaped teeth with two ridges located on the lingual side were originally described as Aublysodon more than a century ago based off of isolated teeth and jaw fragments. More recent discoveries of more complete Tyrannosaur skeletons from this formation has lead to the discovery that these teeth are actually the premaxillary teeth from juveniles of other Tyrannosaur species.

There are three described Tyrannosaurs from the Two Medicine Formation (Judith River Group), Albertosaurus, Gorgosaurus and Daspletosaurus. Research done on teeth from these three Tyrannosaurs has concluded that isolated teeth are statistically impossible to assign to a specific genre because they are so similar. This means the best we can do on identification is this is a premax tooth of one of these Tyrannosaurs.
About Dinosaur Teeth
View Jurassic World Fossils
SOLD
DETAILS
SPECIES
Albertosaurus, Gorgosaurus or Daspletosaurus
AGE
Late Cretaceous (~74 Million Years) 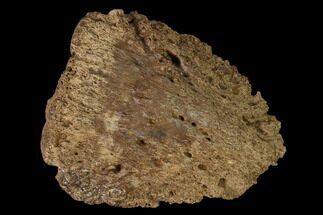