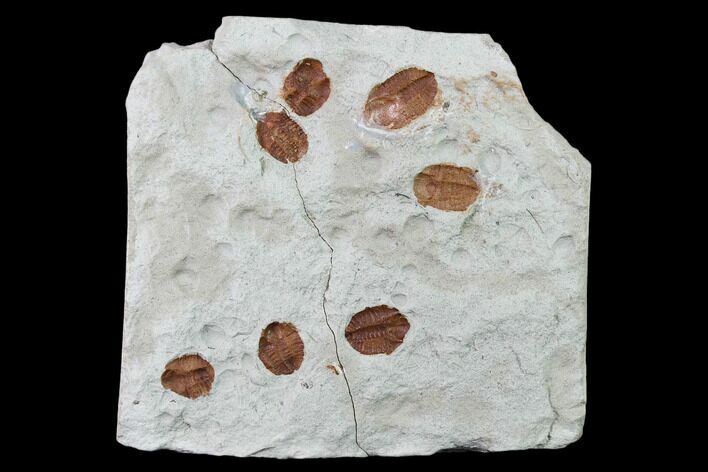 This is a mortality plate containing seven Ordovician trilobites of the species Ampyxina bellatula. These trilobites were collected from the Maquoketa Formation of Pike County, Missouri. All of the trilobites feature ventral presentation and the largest trilobite is .46" long.

There is a repaired crack through the rock. Comes with an acrylic display stand.