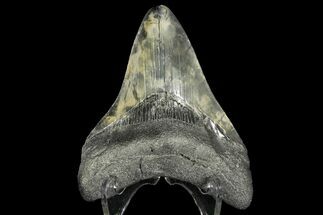 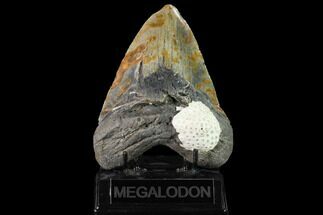 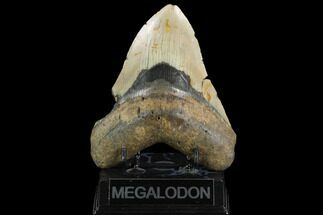 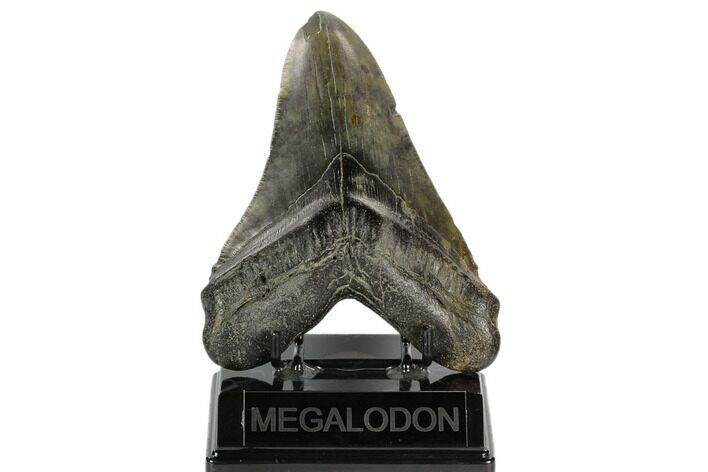 This is a large, 5.62" long, fossil Megalodon tooth collected in South Carolina. Given the size of this tooth, it would have come from a prehistoric, mega-shark in the 40+ foot size range. It has a mottled enamel coloration. The serrations are worn but many are still visible. Some damage to the enamel near the tip. 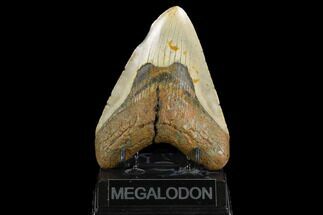 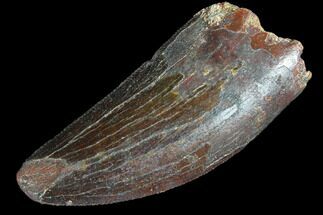 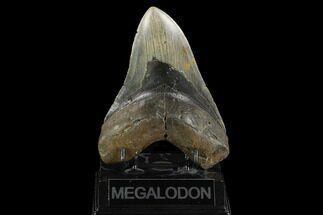