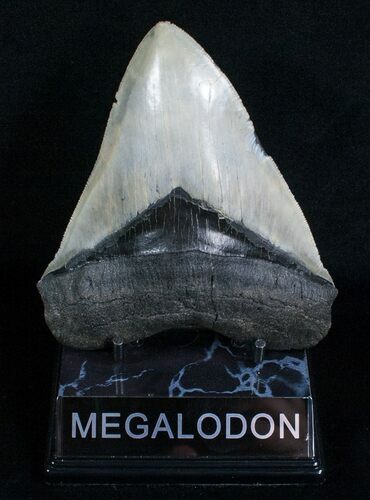 This is a huge, 5.08" Megalodon tooth from Venice, Florida. 4+ inch teeth, let alone 5+ inch long teeth are very rare from the Bone Valley Formation in Florida, unlike megs out of the Carolina's and Georgia. This tooth has the beautiful coloration, distinctive of teeth from this area, most of the serrations are still present and sharp.

This is a REPAIRED tooth, it had been broken in half and glued back together, though the repair is barely noticable. That is the only reason this tooth isn't selling for about 2-3x the price.