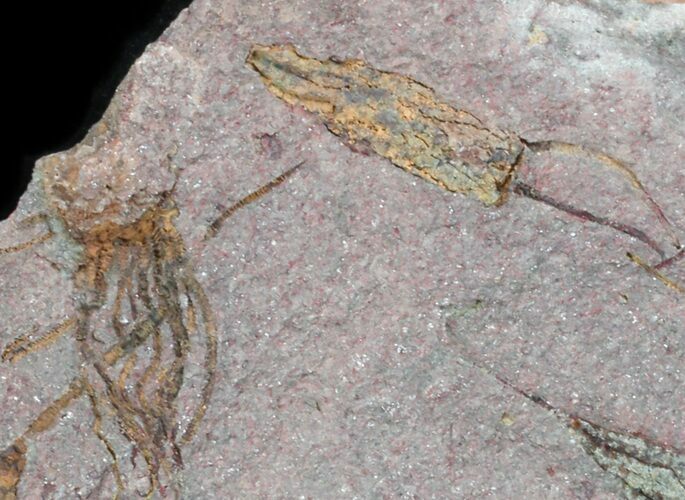 This is a plate of very detailed Eocrinoids of the genus Ascocystites collected near El Kaid Rami, Morocco. The largest specimen on the plate is about 1.5" in length and the entire plate is 5.1x4.1. The red and orange coloration of the fossils due the oxidization of iron pyrite.