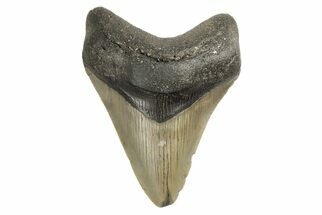 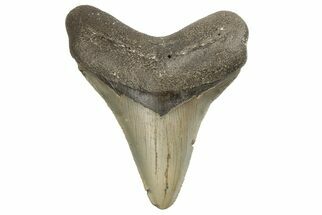 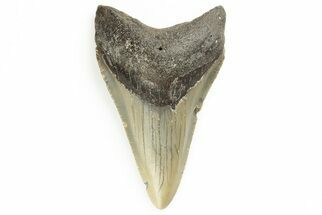 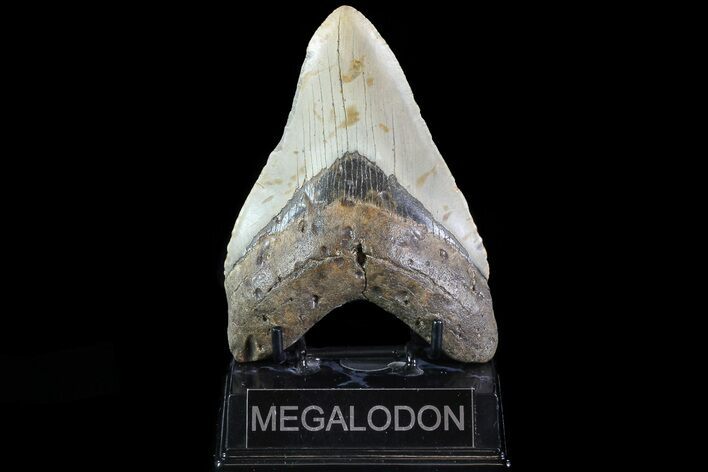 This is a 5.18" long Megalodon tooth collected on the North Carolina coast. It was found by commercial divers collecting "the ledges" in about 100 feet of water. The tooth would have eroded out of the Pungo River Formation when sea levels were lower and the area where these teeth are found was at the shoreline. The fossil tooth itself would be from between 2.6 to 15 million years old. A tooth of this size would have come from a prehistoric, mega-shark in the 40-45 foot size range.