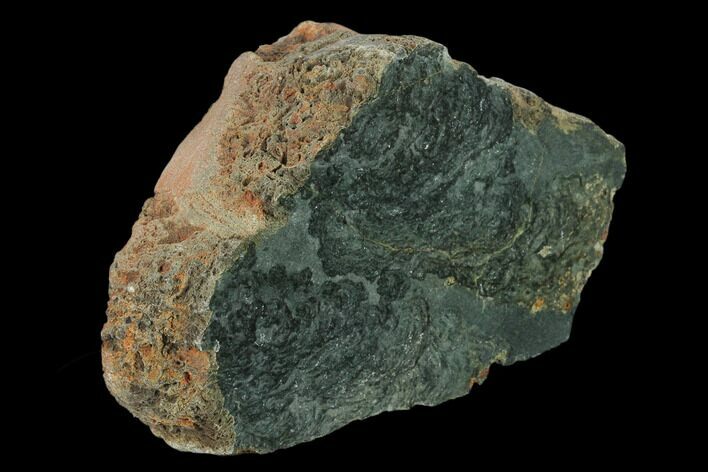 This is a beautiful polished section of Archean stromatolites (Alcheringa narrina) that was collected from Bea Bea Creek in Pilbara, Australia. These Archean stromatolites have been dated at roughly 2.7 billion years old. Small pyrite crystal formations can be found peppered throughout the specimen. It has been polished to a mirror finish on one side with the rest of the specimen being left in its rough form. Comes with an acrylic display stand.

The mineral pyrite or iron pyrite is commonly referred to as Fool's Gold because its metallic luster and pale brass-yellow hue give it a superficial resemblance to gold. In the old mining days, pyrite was sometimes mistaken for gold. Pyrite is the most common of the sulfide minerals with the chemical formula FeS2. Pyrite crystals occur in many shapes and habits, including cubes of all sizes, penetration twin cubes, pyritohedral clusters and as small druzy crystals that can exhibit a beautiful glistening effect.
SOLD
DETAILS
SPECIES
Alcheringa narrina
AGE
Archean (~2.7 Billion years) 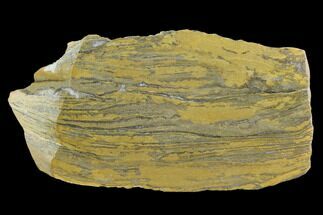 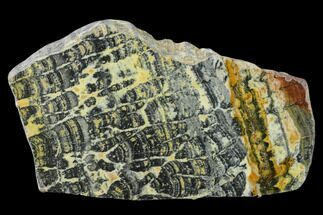 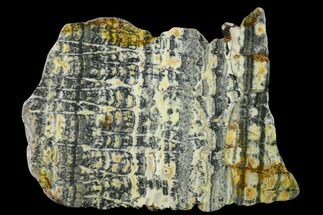 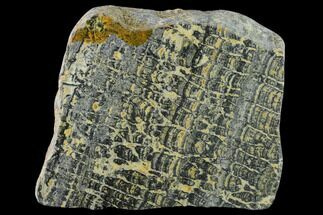 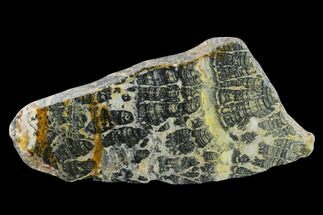 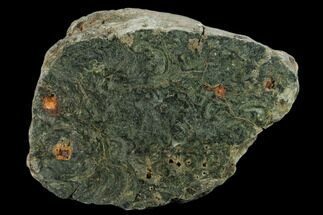