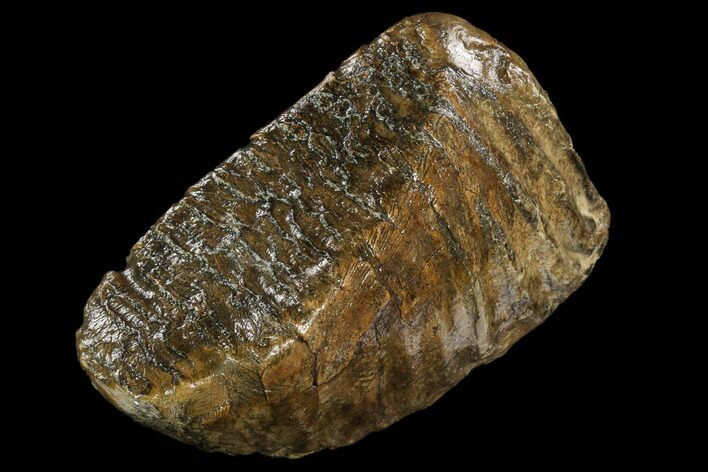 This is a 5.5" Woolly Mammoth (Mammuthus primigenius) lower jaw, M1 molar from the North Sea deposits off the coast of Denmark. This tooth shows wear from use and the prisms (hard enamel structures), dentine and cementum are in very good condition. The roots of this tooth are in good condition. This is a well worn tooth as can be seen by the length chewing surface, compared to the total length of the tooth. As the tooth is used it wears down and the chewing surface becomes larger until it extends the entire length of the tooth. The tooth is from the right mandible (Lower jaw).