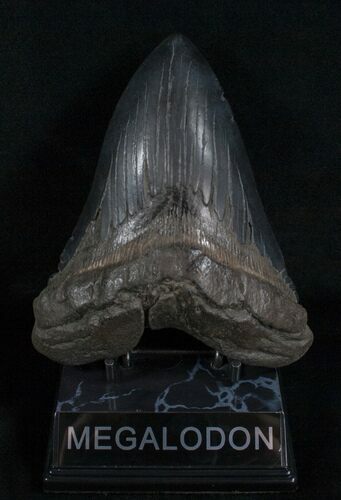 This is a huge, jet black, 5.55" long Megalodon tooth collected from the Hawthorn Formation of Georgia. Complete teeth this large are rare and it would have come from an adult shark probably in excess of 40 feet in length. It has nice enamel preservation with just a few enamel peels to the non-display side. The serrations are worn but most are still visible and the tooth has a nice overall shape to it. It comes with a custom "MEGALODON" stand to show it off. 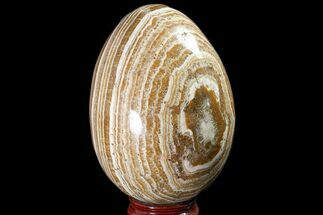