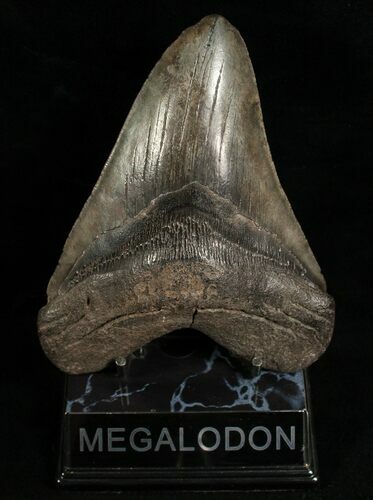 This is a beast of a Megalodon tooth collected in the Morgan River, SC. It's 5.66" long and would have come from an adult shark, approaching 50 feet in length. A true monster of the oceans during the Miocene. The tooth is so impressive due to it's massiveness but also has some great coloration and a very robust root. The tip shows signs of being worn down during the sharks lifetime from feeding. It comes with a custom stand to show it off.